VENDIA will be at Kallavesj’ 2015 exhibition in Kuopio, Finland from 10th to 12th April. Kallavesj’ 2015 is a fair for boating, tourism, and leisure time so there will be something to see to whole family. On VENDIA’s presentation stand you will get to know to VENDIA marine plank and other products from VENDIA product family. There will be also the next generation VENDIA marina plank, VENDIA Pro, which was introduced at Helsinki International Boat Show in February 2015.

You will find us from the section A9. There is also Boatyard Ruotsalainen in the same section. There are two boats made of VENDIA marine plank on view on their presentation stand – one traditional rowing boat and one motorboat. 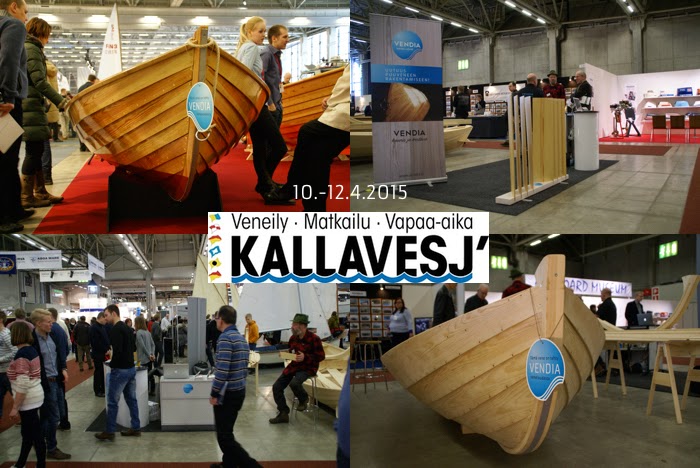 The entrance is free, so welcome to see our products and also to see how finished boat made of VENDIA looks like!

VENDIA bends also in the hands of beginners 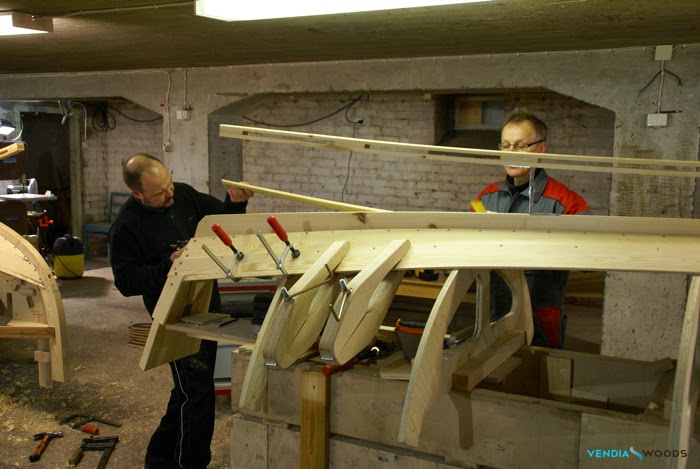 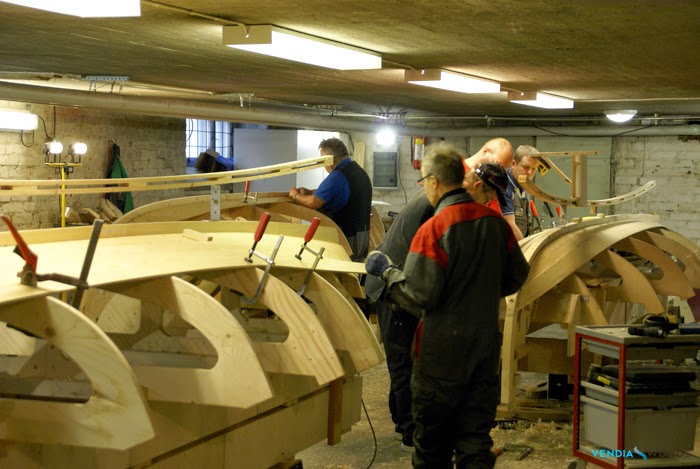 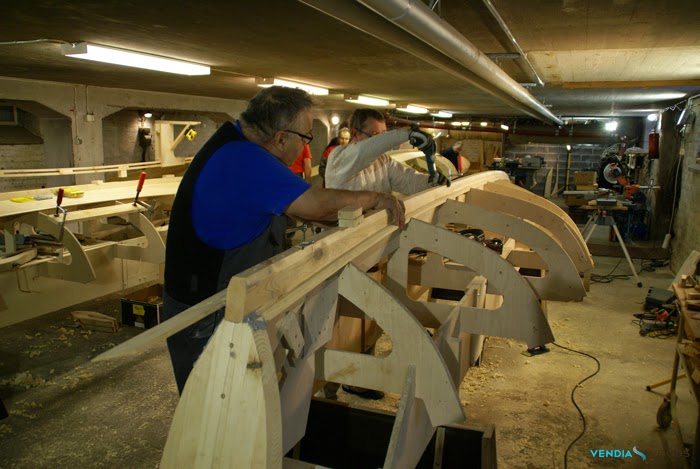 Boatbuilding courses for beginners have been very popular in Finland and there are more people willing to participate on the courses than there are courses available. If your dream is to build your own boat but there is no such a course in your place, gather a group of friends and ask for example your local adult education centre to organize a boatbuilding course. Experiences so far have shown that a teacher, materials and place are easy to arrange with a little effort.

Our previous posts about boatbuilding courses can be found from here and here.

Next generation of VENDIA marine plank

The new version of VENDIA marine plank, VENDIA Pro, was introduced at Helsinki International Boat Show on February 2015. Thinner cross veneers and extra lengthwise core veneer are the differences compared to the first generation of VENDIA marine plank. The new structure still ensures that the plank does not crack and the thinner cross veneers make the edge even tighter and increase the longitudinal stiffness of the marine plank. Thickness of VENDIA Pro is 9 mm but it meets the longitudinal stiffness of 12 mm solid plank. 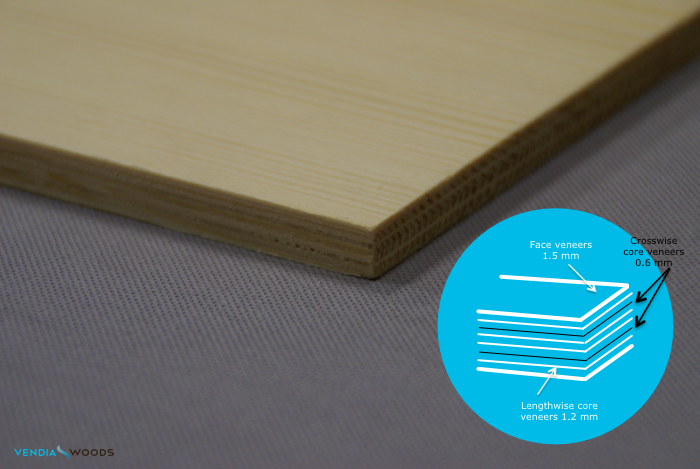 Sliced veneer is made by shaving veneer sheets from the log. By slicing, the grain pattern will remain natural. Also the veneer surface remains unbroken and it doesn’t include small micro-cracks such as in veneer made by peeling. The features of sliced veneer are better than peeled veneer, and therefore it is often used for more demanding purposes. The appearance of the veneer depends on the cutting direction. The face veneers of quarter cut VENDIA marine plank are sliced radially and face veneers of crown cut VENDIA are sliced tangentially. Appearance of radially sliced veneer is straighter and more regular than tangentially sliced veneer.

Peeling is cost-effective method to make veneers. When peeling, the log is rotating against a stationary blade. This method produces continuous “rug” of veneer. The veneer is curved and it has to be flattened before using, at the same time causing small micro-cracks on the surface of the veneer. This weakens the longevity and life of the veneer. Also the finishing is more difficult than in sliced veneer. The blade slices through growth rings and then the appearance of the veneer is not so natural than in sliced veneer.

The most significant disadvantages of peeled veneer for boatbuilding are the small micro-cracks. The small micro-cracks of peeled veneer expose the plywood panel to decay fungi. As a result the paint or varnish can be damaged over the time. These small cracks allow also the water absorption to the traditional marine plywood. The most important advantages of sliced veneer for VENDIA marine plank are the beautiful and natural appearance and longevity.
Posted by VENDIA at 16:11 No comments:

VENDIA had busy 10 days in Helsinki when over 73 000 people visited Vene Båt 2015 fair on 6.-15.2.2015. There was a constant bustle at wooden boat section. It was nice to note that wooden boats still interest people and wood as a natural material is even on the up and up from previous years. Many of the visitors sighed how wonderful the wood smells. 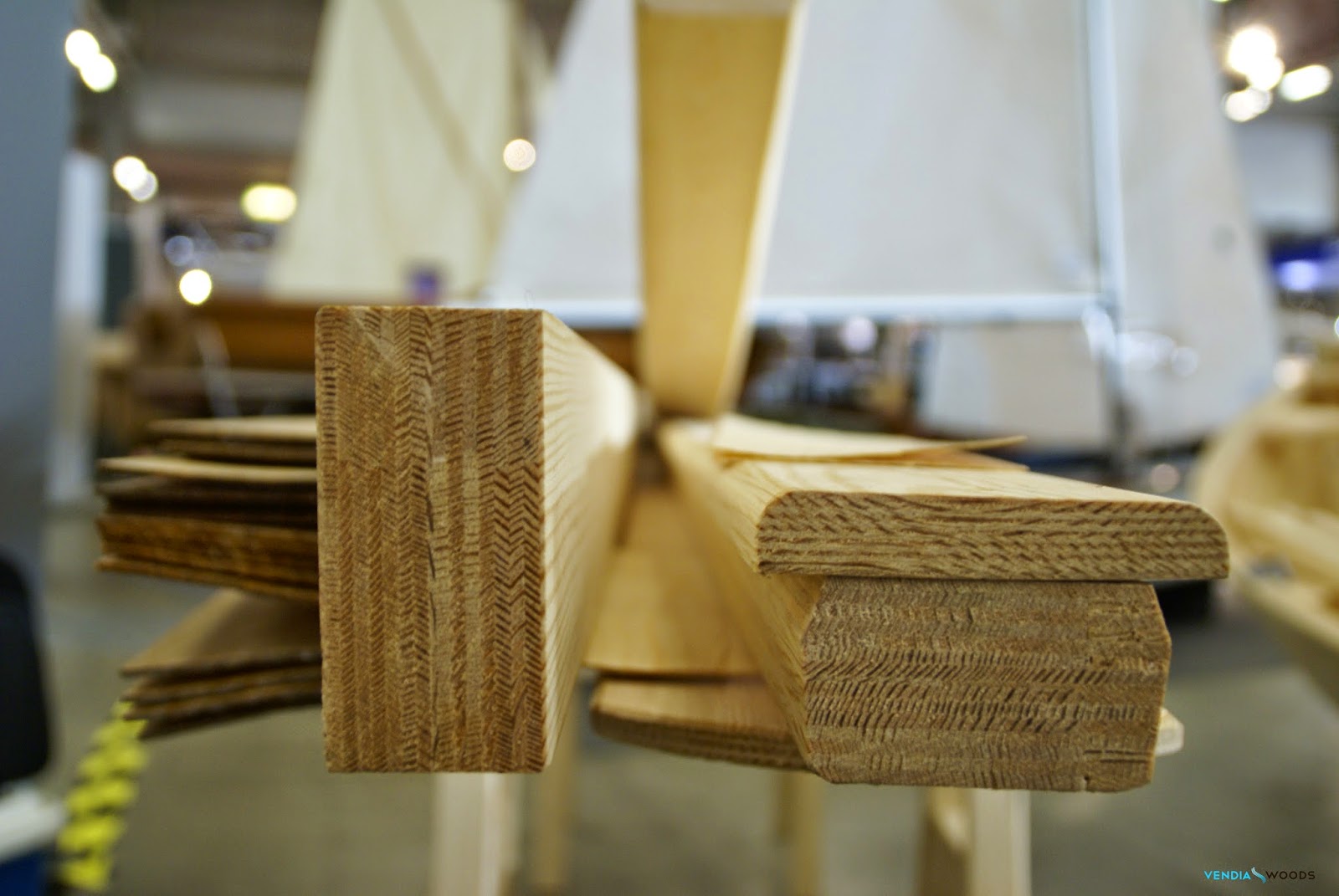 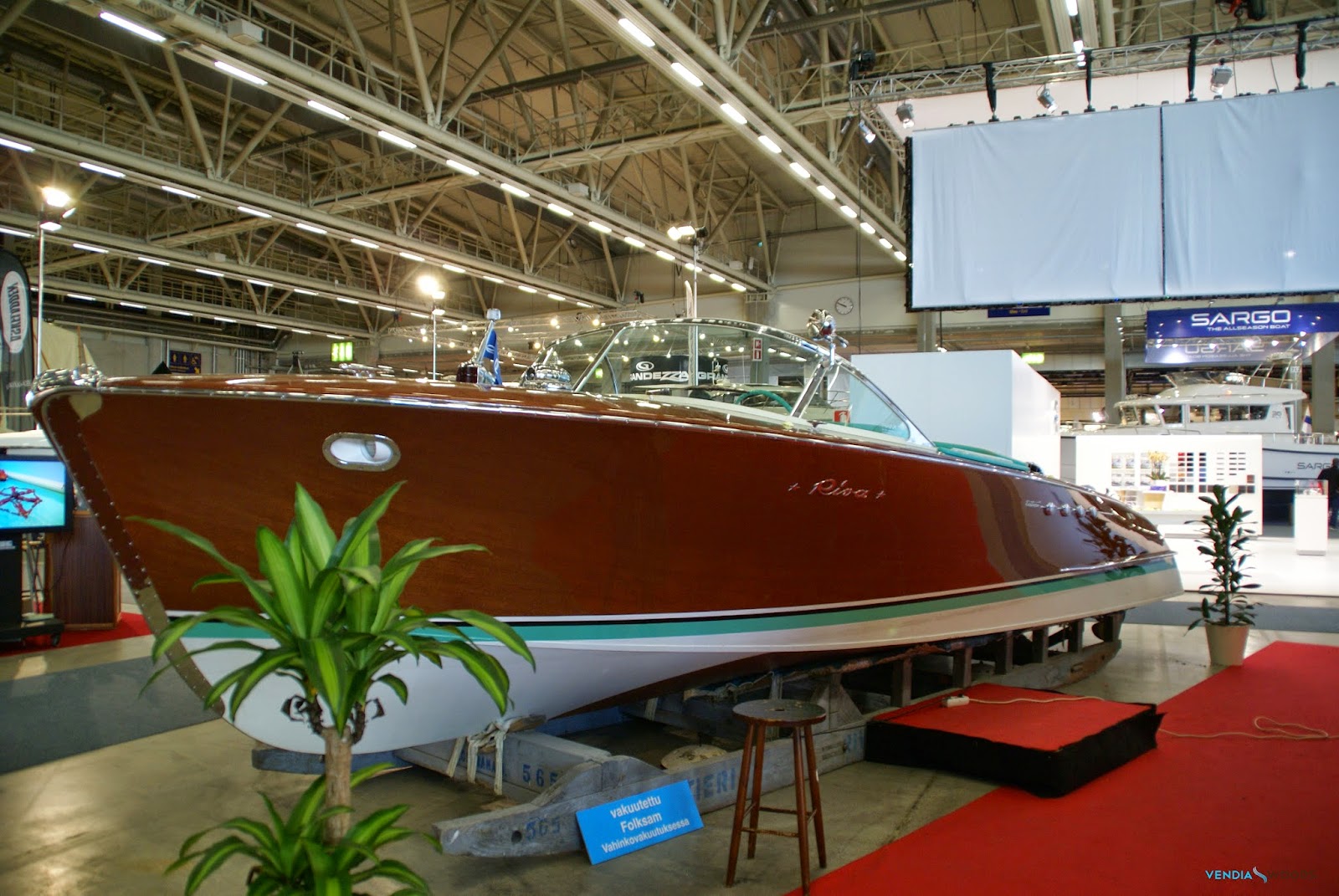 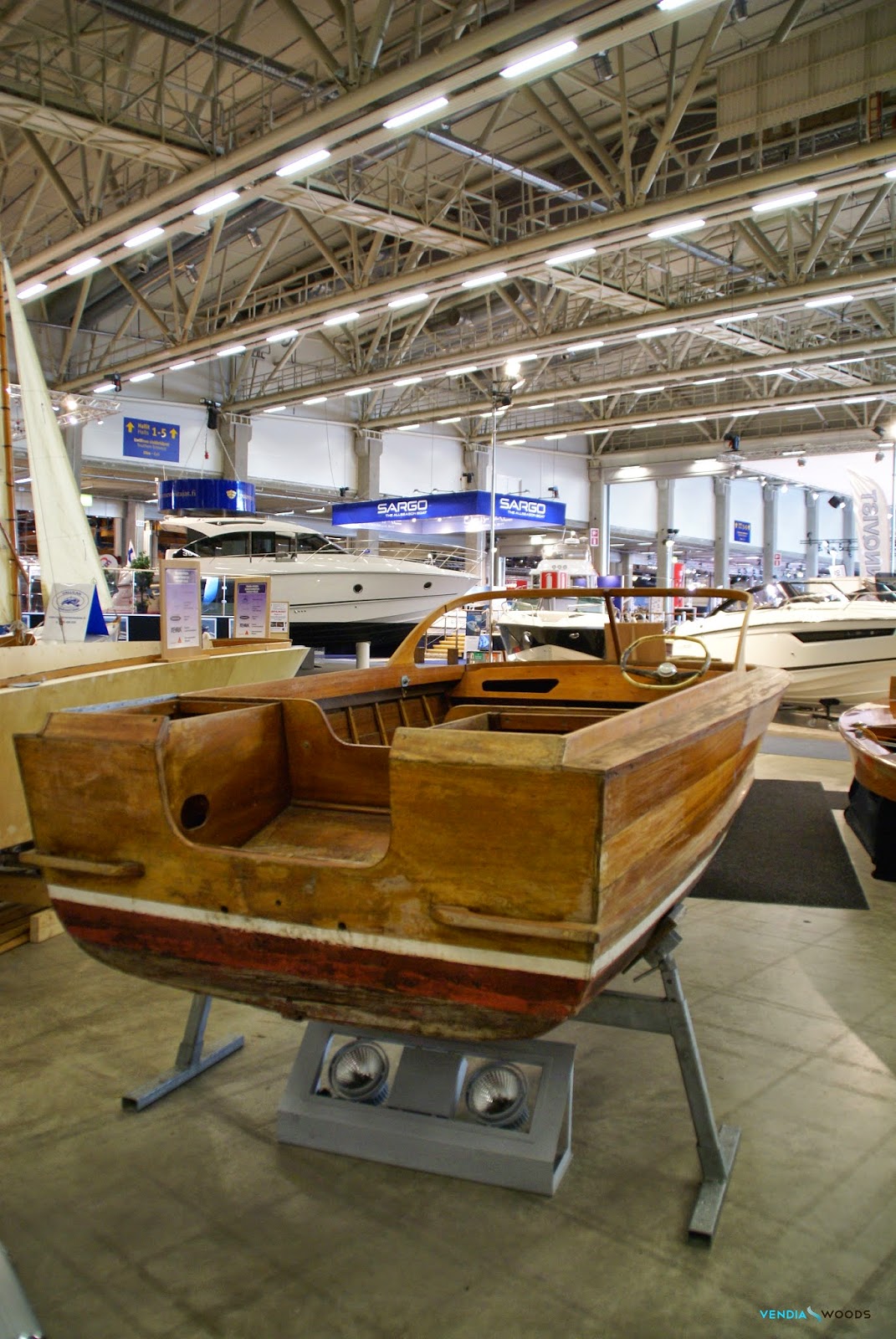 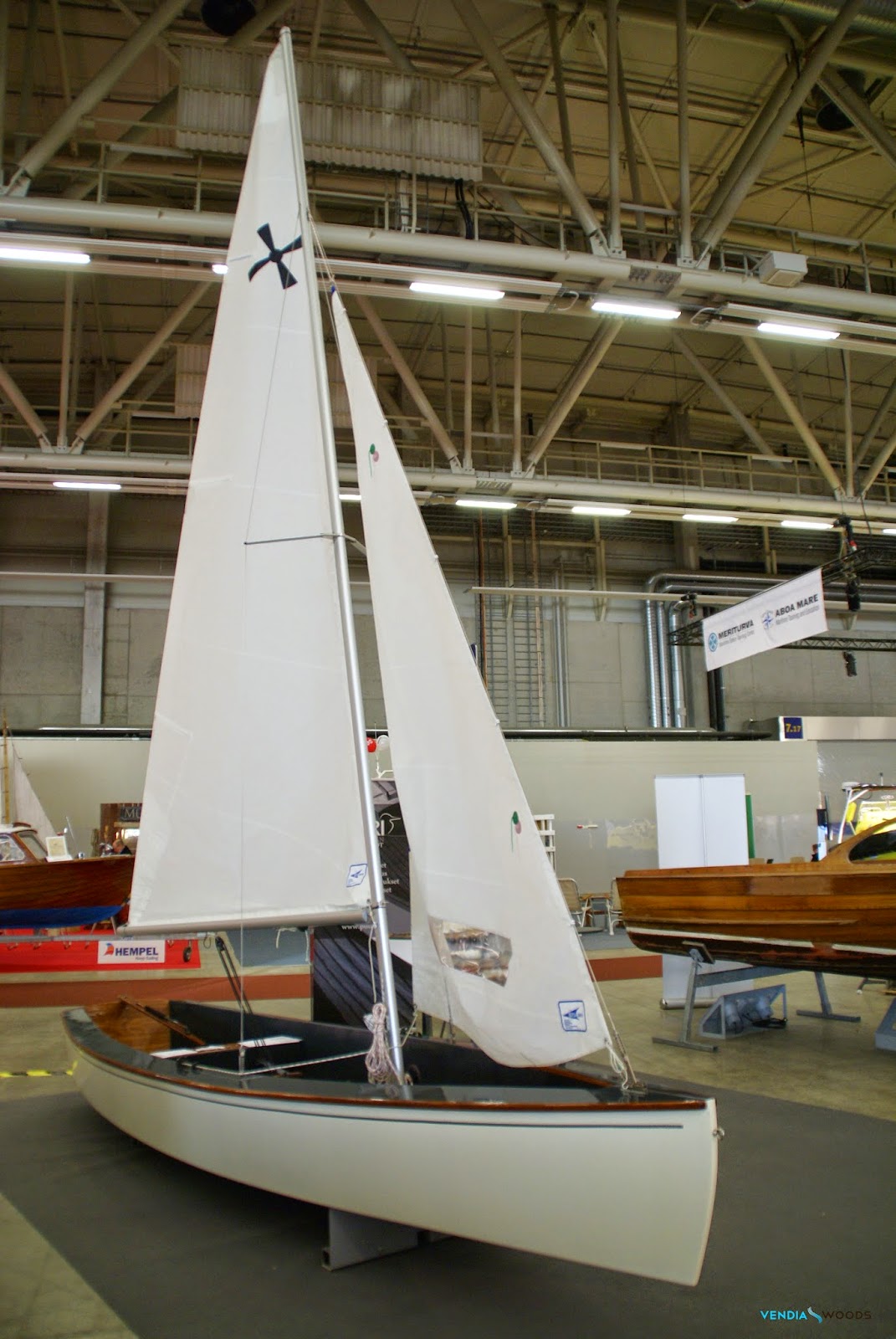