Wooden boats were made of VENDIA marine plank in boatbuilding course of Soisalo Institute in Sorsakoski, Finland. Course participants Viljo Huovinen, Paul Hämäläinen, Timo Kervola, Reino Uusaro, Veikko Hiltunen and Keijo Issakainen built their own wooden boats with a course teacher Ilmo Koivisto. To most of them, building a boat was the first time. Now part of the course participants are planning to build another boat the next winter. 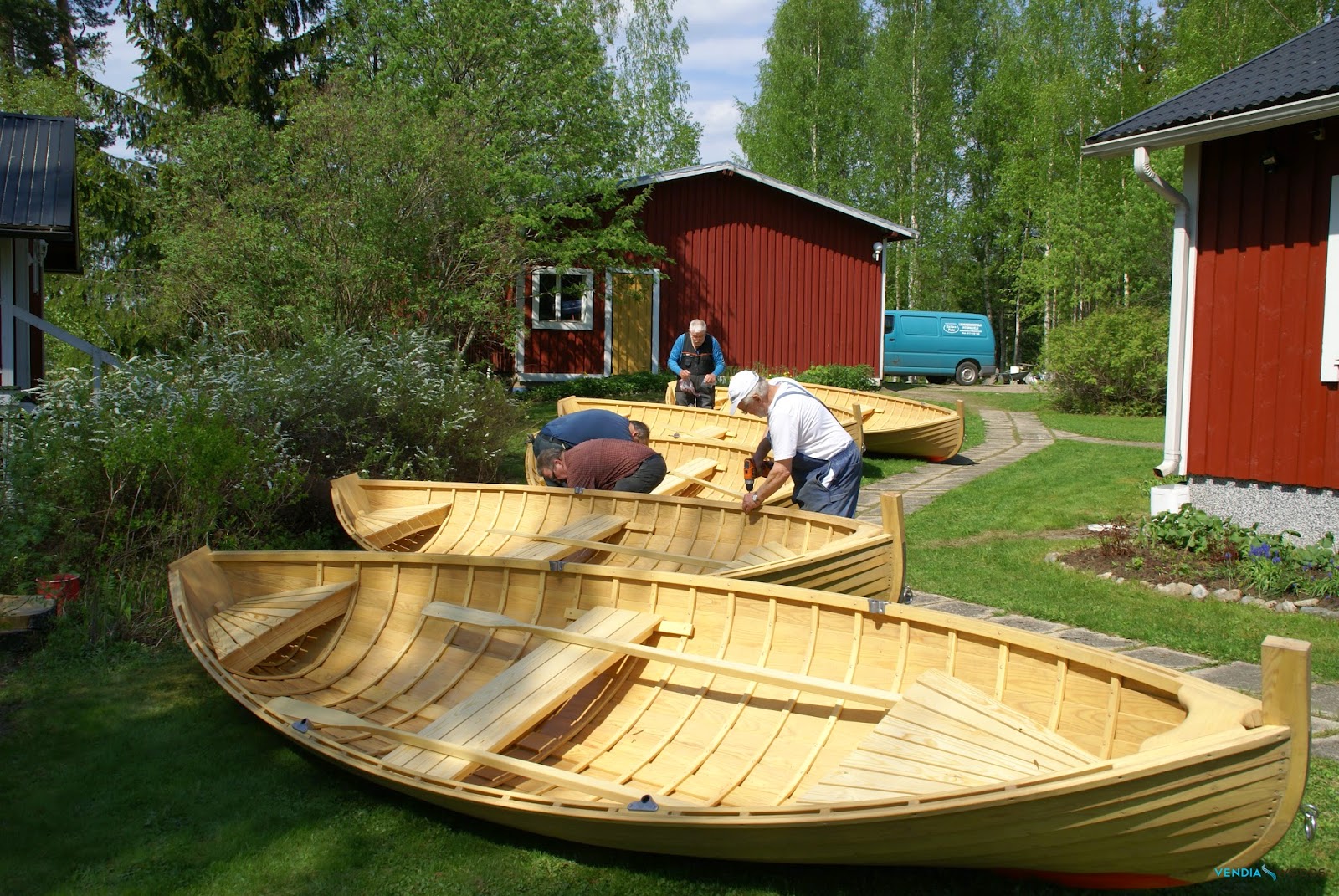 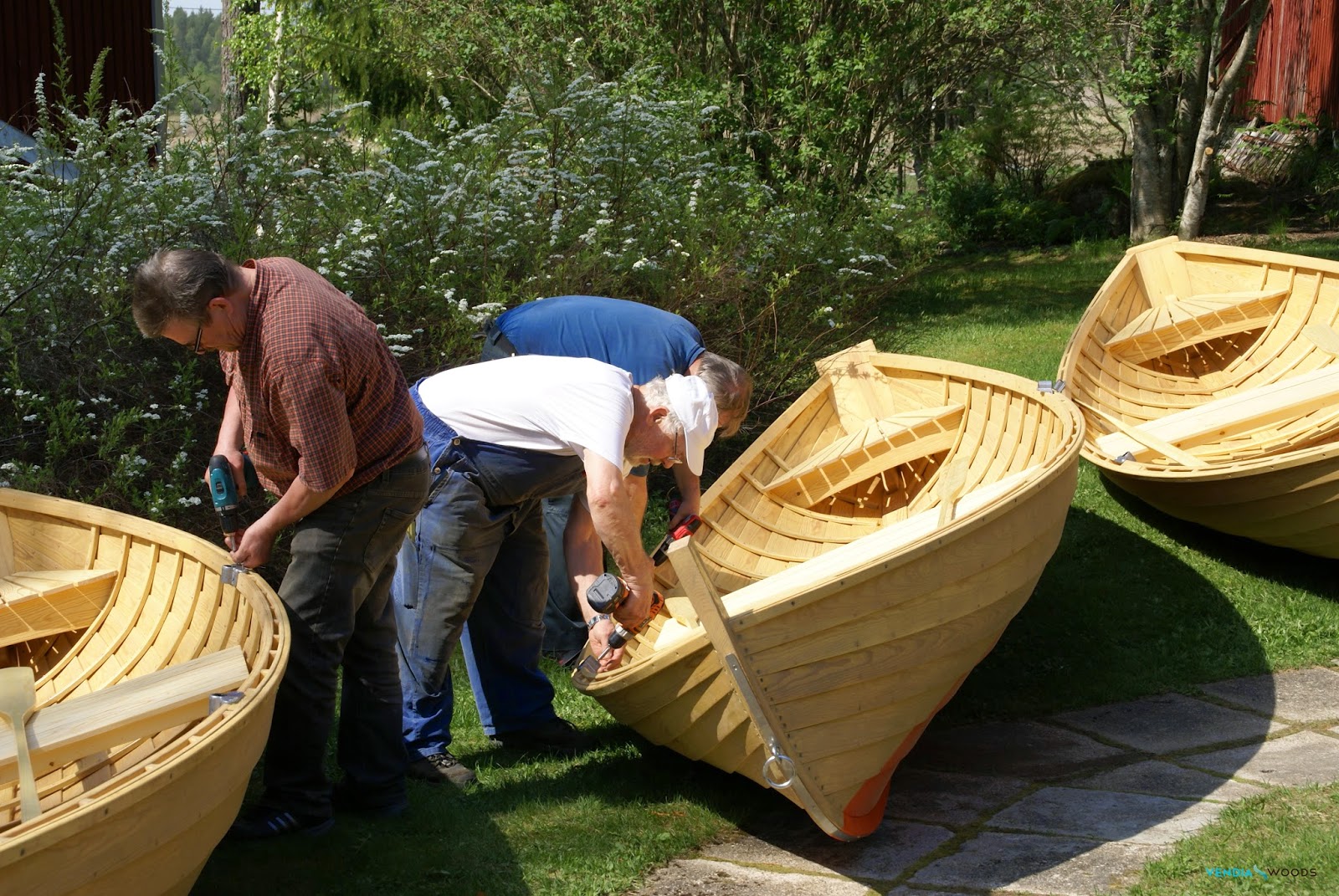 VENDIA marine plank was used as a boatbuilding material in the course. Ribs were made of aspen and other parts were made of solid pine. The boats were impregnated with a mixture of linseed oil and turpentine. The surface was treated with a glimmer shade. According to Uusaro, VENDIA marine plank was easy to bend and work. Hiltunen, for his part, tells that the marine plank is flexible and it is easy to handle. Hiltunen is already planning to build the next winter a 6-metre-long motorboat using VENDIA as a raw material. 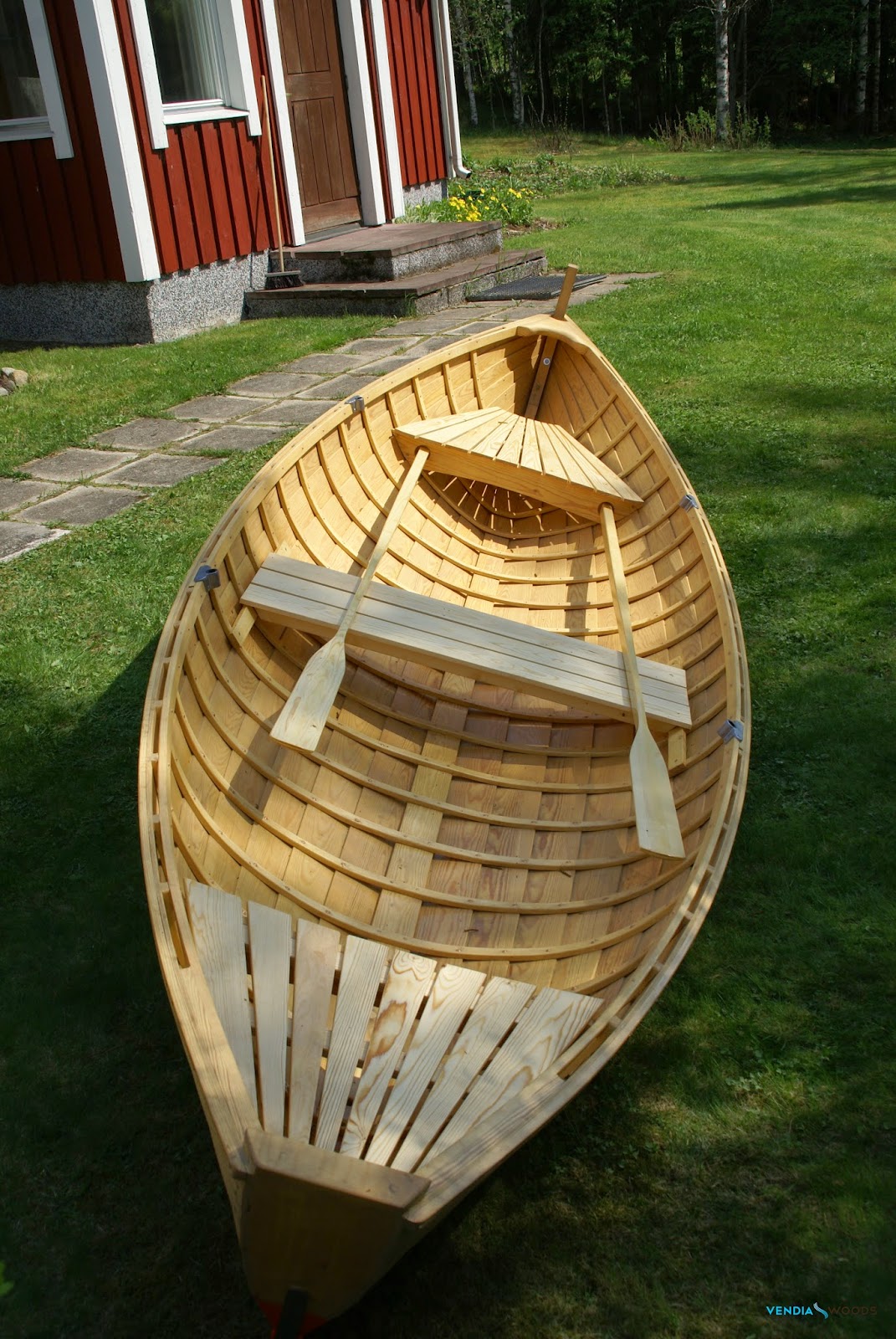 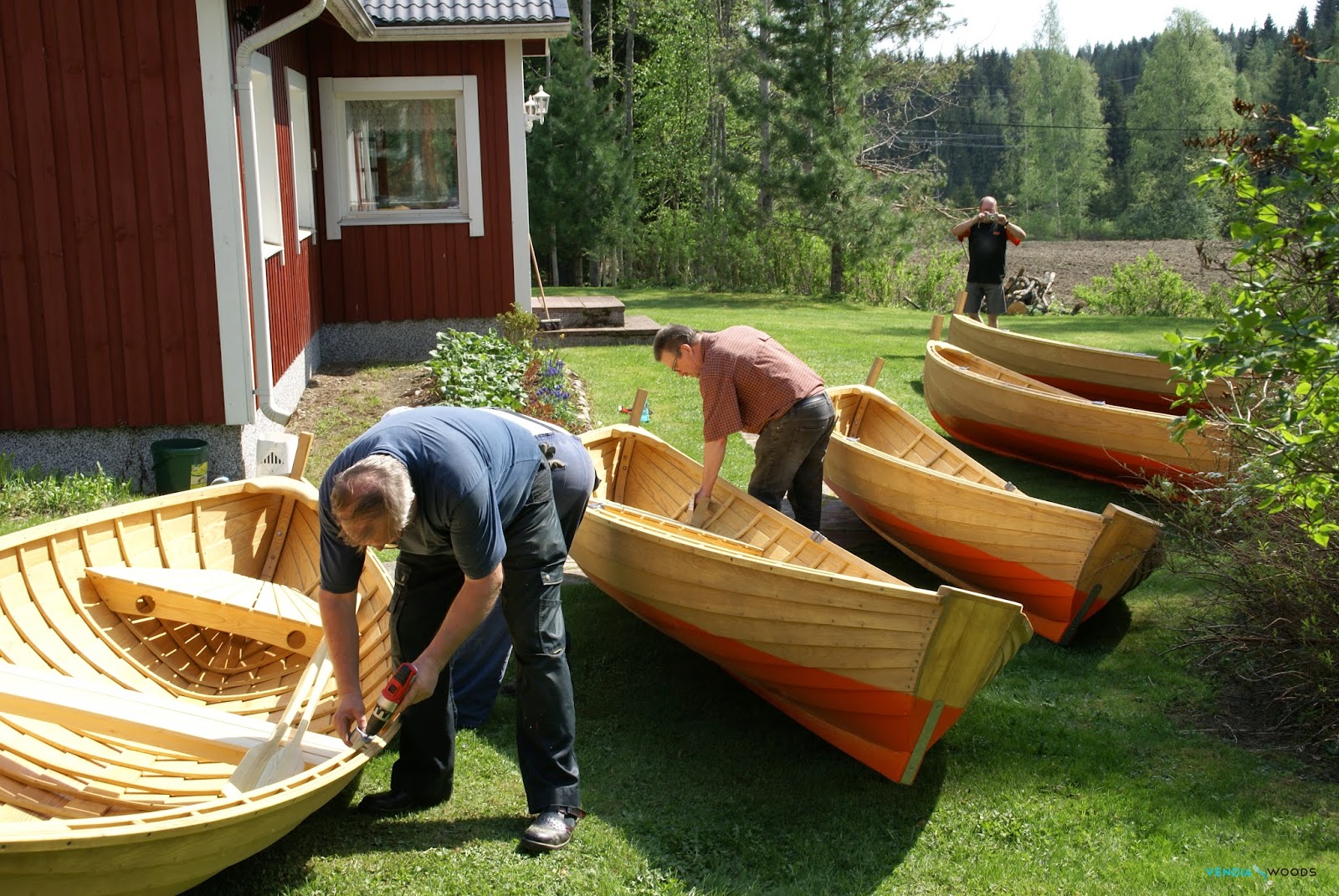 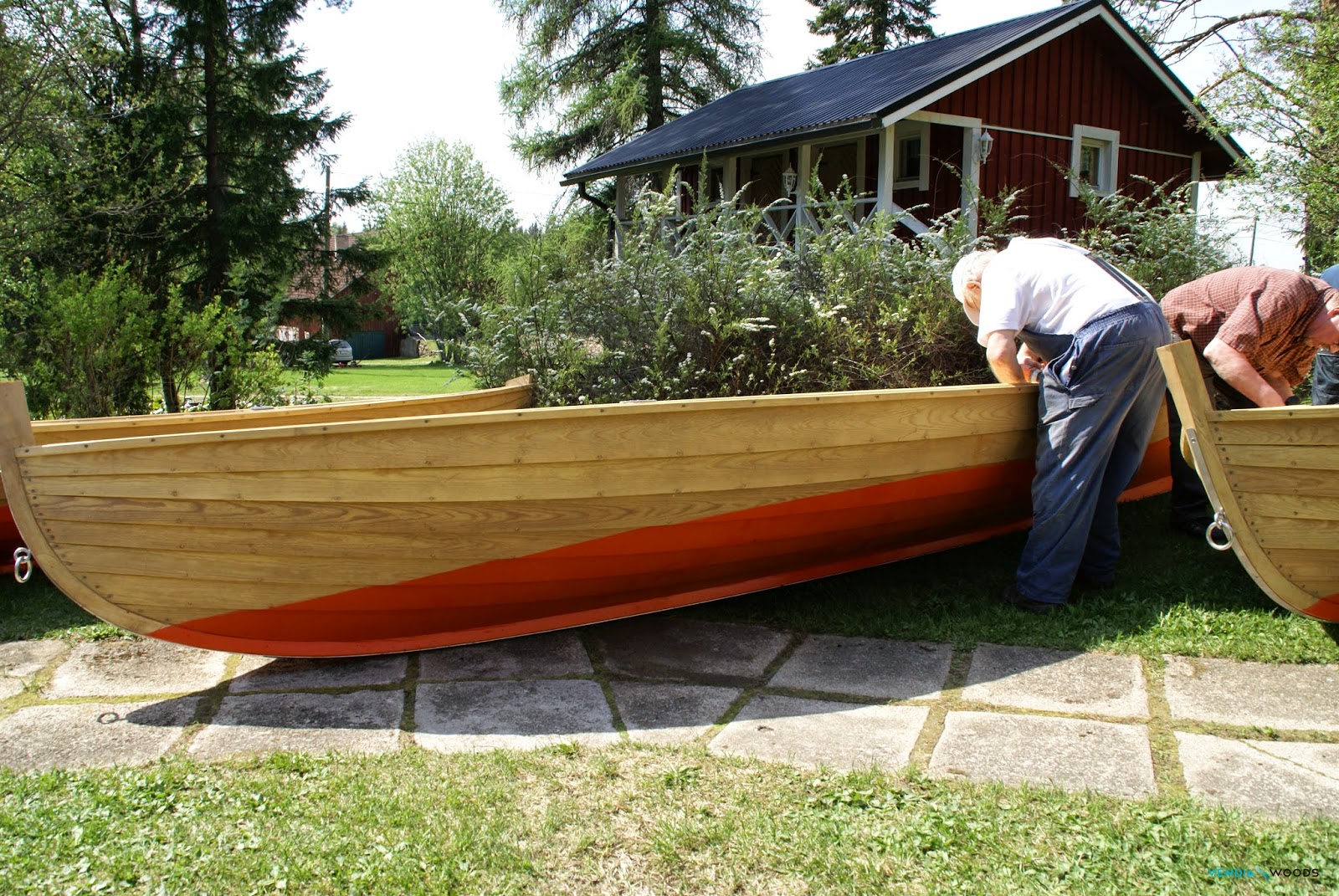 Several weekends and also some weeknights of hard work were rewarded with self-made wooden boats in the beginning of June. The finished wooden boats were drawn to their builders in Paukarlahti, Finland. Now these boats afloat already and experiences have been great. Issakainen mentioned, that now the way to the island cottage is less than an hour with the new boat. With the old boat it took an hour and a quarter. Also the fuel consumption is third lesser than before, says Issakainen.
Posted by VENDIA at 20:00